While at a birthday party yesterday, the host surprised me with these special, little gems so I could be included in the birthday fun. Since  Whole Foods brand white bread and pie crusts are two of my very favorite things, I was super excited about these cookies.

These just go to show, you can’t be good at everything. Sorry Whole Foods, these were not a win for me. While they were soft and full of chocolatey flavor, they had more of a bread taste and consistency. They reminded me of the Udi’s muffins you find in the freezer section. A little too heavy and lacking in the sweet department. They weren’t awful, but definitely not winners in my books.

Now, back to that gf & dairy free white bread- it is the perfect bread for grilled cheese or any toasted sandwich and the Whole Foods brand gf pie crust is just as good as homemade.

Recently I visited The Drunken Monkey, a casual little coffee bar on Bumby Avenue, which is full of old cozy furniture, lots of windows, and a large menu of delicious coffees and snacks. They have great gluten free and vegan options, which makes it one of my favorite coffee places for meeting up with friends.

One of their star gluten free items is the Anzac biscuit. A coconut and oatmeal cookie, that is thick and soft with a rich buttery flavor. I knew one bite in that I’d either be returning A LOT or would be making these at home.

A quick search through pinterest told me that these cookies are a gf, vegan version of the Anzac biscuits that were thought of  with the Australian and New Zealand Army Corps (ANZAC) during  World War I. It is believed that the biscuits were sent by wives to soldiers abroad because the biscuits kept well during lengthy naval transport. The recipe I used is modified from Megann’s Kitchen.

Its a rainy day in Florida, so the kids and I gathered up the ingredients and got to baking. They were perfect balance of buttery coconut, oatmeal goodness. We added a sprinkle of cinnamon to some, chocolate chips to others, and left several plain jane like they’re meant to be. I’ve included affiliate links to help with your gluten free shopping needs. Mix the flour, oats, sugars & coconut in a large bowl and stir to combine.

In a small saucepan, place the golden syrup & butter, stirring over low heat until the butter has melted. Remove from heat.

Mix the baking soda and water, then add to the golden syrup mixture. Pour the liquid into the dry ingredients & mix until fully combined. Roll 2-3 Tbs of mixture into balls ( I used an ice cream scoop) Place on the  baking trays, leaving plenty of space between each one. Bake for 8 minutes. Remove from the oven & press firmly down with a flat-bottomed glass. Place back into the oven for another 4 minutes, or until golden brown. Leave to cool on the baking tray for 10 minutes then transfer to a plate or cooling rack. The cookies will harden some while cooling.

Its Spring Break here in Orange County, so my kids and I set off on an adventure. Turns out we had the best of luck today, with the best weather, best outdoor fun, and the greatest new gluten free discovery.

We ventured to Clermont to Southern Hill Farms for u-pick blueberries. Florida is 100 bajillion degrees 364 days of the year, but today was 70degrees, blue skies, and a nice breeze. The staff was so friendly they felt like family and the kids had an AMAZING time selecting the biggest, juiciest blueberries. It should also be mentioned, that in mid-March this is crazy early for blueberries, but they have a special variety that produces early and it made for the most amazing spring adventure. Lets be honest the end of May/early June is just too damn hot to be traipsing through a sandy farm with toddlers. So we picked our 4 pounds of blueberries, sipped our ice cold blueberry lemonade, and brought home a jar or homemade blueberry jam & local honey.

On the way back to Apopka, we met up with a friend in Winter garden for a picnic lunch outside Plant Street Market. I’d recently found a bakery in Winter garden that had gluten free cupcakes, so as the kids started to burn out on fun, we cranked it up a notch grabbed a freshly roasted latte from Axum and ran down the streets for cupcakes.

Now-when I first saw The Tasty Trend(@thetastytrend) on instagram, I thought it was a bakery that also had a few samplings of gluten free items BUT BOY WAS I WRONG! We drove past the place and finally found it nicely tucked in a shopping center behind the Winter garden library. They had a tiny sign out front and a very minimalist approach inside. There are no tables to dine or decor to impress, but none of that is needed once you feast your eyes on ALL THE GLUTEN FREE GOODNESS! There were easily a dozen different flavors ranging from your plain jane Vanilla to Maple bacon. My (gluten loving) friend tried a sample and couldn’t resist.  She grabbed a half dozen while I stood with my mouth open. I mean, as a gluten free diner, I NEVER have this many options. I also knew if I ordered a dozen I’d eat them before I got home. I have zero will power and its a major problem for my waistline.

I sampled the Bacon maple which was amazing. I’m a chocolate fan, so I purchased others, but the cake was unbelievable moist and carried a nice strong maple flavor with crumbles of bacon both inside and on top. I finally calmed myself down and told myself we’d be back, after all we are frequent shoppers at the Winter Garden Farmer’s Market.

I settled on a Boston Cream and a Cookie Dough cupcake plus a chocolate chip cookies for my begging 4 year old. All the cupcakes were moist and the frosting was perfect; packed with flavor but not overly sweet. The cream in the Boston Cream was delicious and covered with a nice thin layer of chocolate ganache, but the Cookie Dough won my heart. Typically when I see gf cupcakes, its vanilla or chocolate. But this was a chocolate chip vanilla cupcake topped with cookie dough frosting, chocolate chips, and cookie crumbles. It was so delicious! I felt guilty eating it because it tasted to moist and full of flavor to be gluten free. (Clearly I’ve been let down by bakeries before). 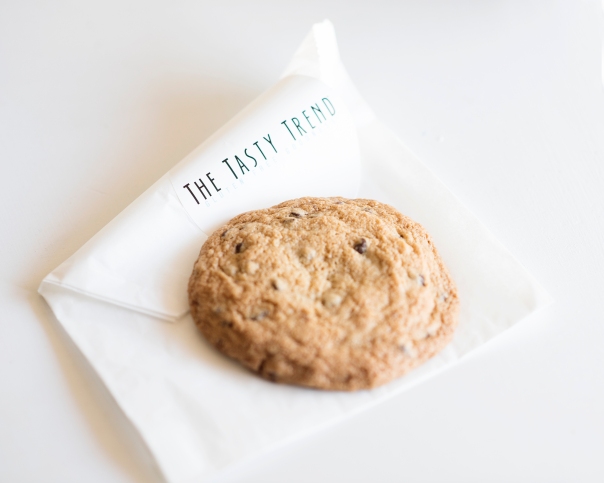 Looking for something fun and non Disney in Orlando? Check out Southern Hill farms or spend a day wandering through Winter Garden. Its super bike friendly, has a splash pad for the kids, and with Plant Street market and the Farmer’s market, its my favorite place to spend a beautiful Saturday! With this new gem, I may have to go to Winter garden throughout the week. I mean look at that menu. Watch out Chocolate Covered Strawberry! I’m coming for you 🙂 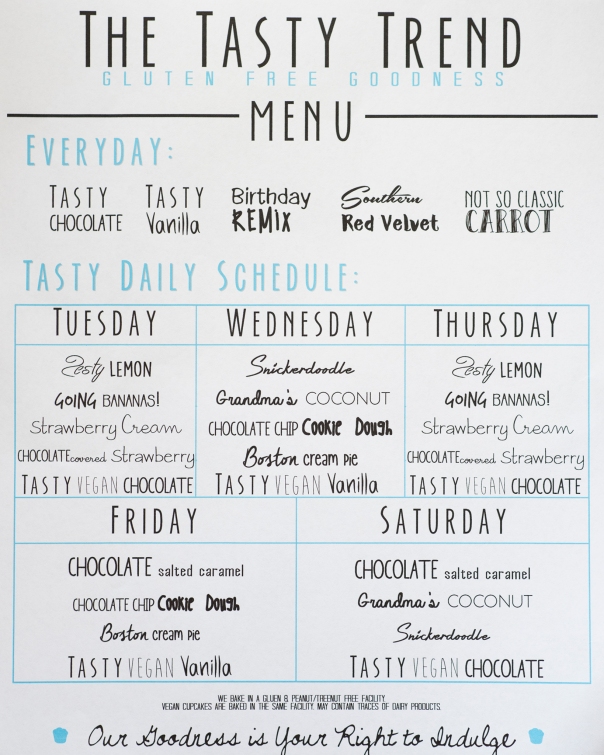